CHEERLEADER MCKIBBEN IS A STUDY IN COURAGE AND PERSERVERANCE

Home / CHEERLEADER MCKIBBEN IS A STUDY IN COURAGE AND PERSERVERANCE 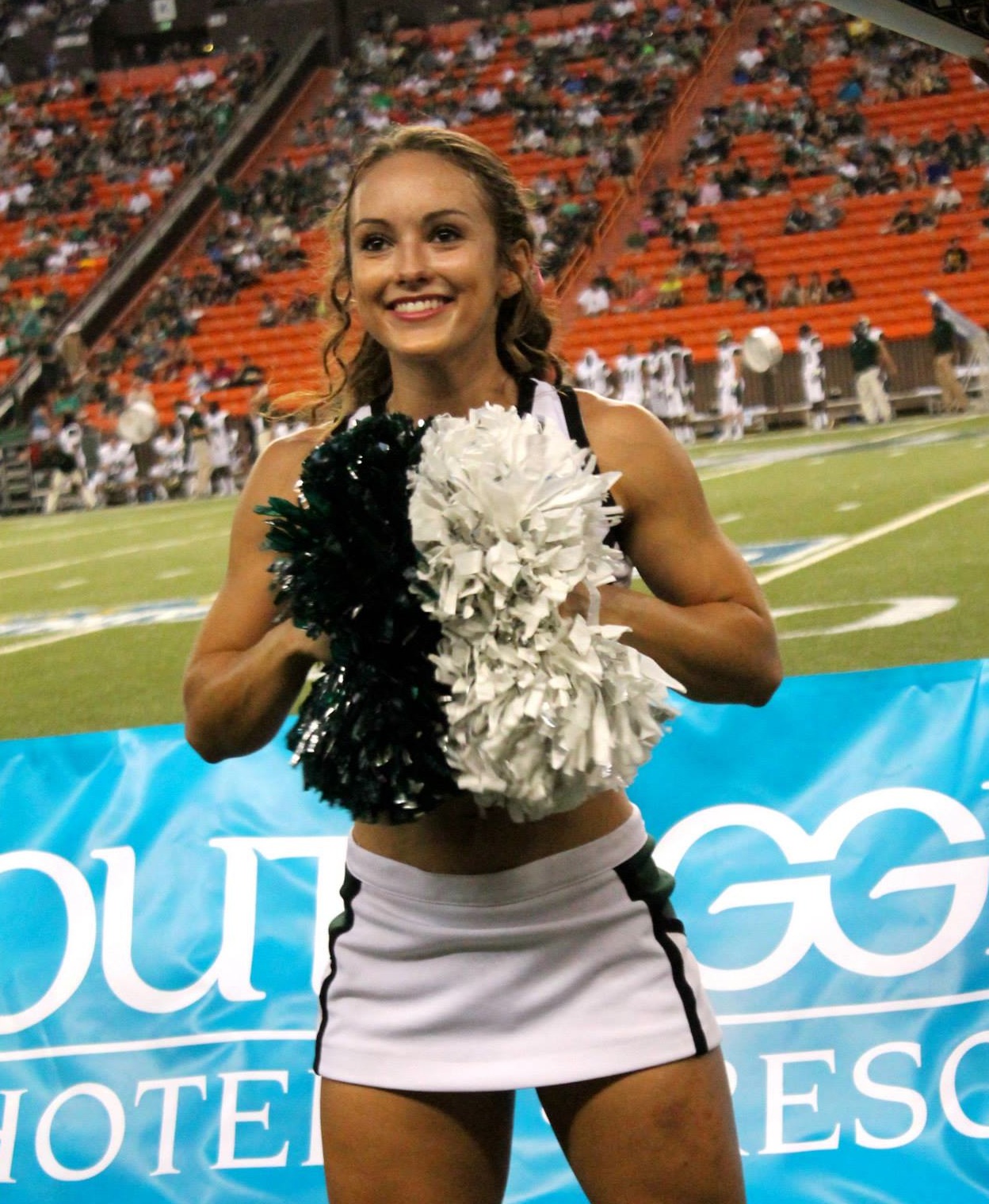 CHEERLEADER MCKIBBEN IS A STUDY IN COURAGE AND PERSERVERANCE

The H Awards were on April 28, 2015.  While all of the entrants were worthy of recognition, one story in the “Hero” category was particularly impactful. That story belongs to University of Hawaii Cheerleader Alysha McKibben. Alysha was awarded the Hero Award for her bravery, strength, and will power to never give up against all odds.

On Alysha’s 19th birthday, shortly after completing her freshman year of college at UH, she was thrown from a motorcycle that was traveling 50 mph and was knocked unconscious. She woke up in the hospital to find that she had, “suffered from multiple skull fractures, and bleeding in my brain.” Alysha said that “the most difficult part of this accident for me was my mom unknowingly driving by the accident, ultimately leading to my parents and little sister running to the scene as the EMT’s arrived. Unfortunately, they saw everything. I spent three weeks in the hospital, split between the ICU and the Rehab Unit. Although I was conscious for portions of my hospital stay, I suffered from dissociative amnesia and do not remember a single thing. Since it was my birthday at the time of the accident, all of my best friends were supposed to be meeting at my house for cheesecake to celebrate. This celebration quickly moved to the emergency room and the ICU.”

No one would have been surprised if Alysha had decided to quit cheer but she stayed motivated to get back in uniform. “I was told that it was too dangerous to be cheerleading, especially with a recent Traumatic Brain Injury. The most difficult part of this for me was not being able to understand why I wasn’t being cleared. I felt like I was okay, and there was nothing wrong with me. Looking back on it, I realize that brain injuries have a scary way of affecting you mentally and emotionally without you even realizing it. I mentally processed the many challenges and simply wanted to set a good example for my little sisters as far as what to do in the face of hard times. Giving up was not an option for me, and I was determined to show the doctors that I would be able to return to cheer better than before my accident.”

She credits her family, friends, and God for helping her recover so quickly. “Old teammates, coaches, family members, and friends constantly stopped by the hospital to visit me.  My family never once left my side. My dad took two months off from work, and my little sister quit her summer softball team to spend every single night sleeping on the floor in my hospital room. Prayers and encouragement and love constantly surrounded me, and this helped me heal faster than any of the doctors expected. I owe everything to God. He has a funny way of teaching you valuable life lessons. In my case, I learned the importance of prayer, family, and being positive no matter the situation.”

Alysha originally chose to come to UH for cheer after seeing UH at UCA Nationals. “I was looking into the cheerleading programs at different universities, and had seen the University of Hawaii on ESPN competing at UCA Nationals. Their creativity and skill level caught my eye, and I looked more into the program. I loved the way that the cheerleaders were treated as athletes, and were under the athletic department.” On being nominated for the Hero Awards Alysha said, “I was absolutely shocked and grateful to be nominated for the Hero Award. If I can motivate even just one other athlete to keep going in the face of adversity, then I am undeniably thankful that I went through my accident and came out on the other side to tell my story.” She feels as though being a student athlete has benefited her greatly. “Being a student athlete has definitely taught me discipline. I am grateful for the tremendous amount of support and outreach from the community that surrounds athletics here at UH. I felt like I was a part of a huge family that really would do anything to help me succeed in any area of my life.”

Now as a recent graduate from the College of Education with a degree in Elementary Education, Alysha has accepted a job at a local school to teach Kindergarten next year. She leaves these words for incoming student athletes, “Meet athletes from other teams, and other students at UH! This helps our university feel united, instead of a bunch of separate teams working independently. Plus the student section at the games will be full of your new friends, and you will have fun performing in front of them.”

Alysha also wanted to thank the generous supporters of AKA. “Thank you all so much for your continued support for UH athletics. We would not be half as successful without amazing donors like you. Even in the face of an injury that could have permanently taken me off the roster, I knew I had the UH Athletics and Koa Anuenue ‘Ohana behind me.”